The historic vermouth brand is reawakened in partnership with one of Italy’s most revered wine families...

For almost a century, from the end of the 19th Century up to the 1970s, Chazalettes Vermouth di Torino played a hugely influential part in the vermouth industry. In fact, the brand played a significant part in the daily life of Italians across the Savoia region and further afield.

The brand was so loved in the region that is was granted the Royal House of Savoia’s seal by Queen Margherita in 1907.

The heir of the Chazalettes dynasty, Giovanni Chazalettes, has been the proud gatekeeper of this historical brand memoir since production ceased in the 1970s, and has for many years dreamt of a revival.

Giovanni dreams no more. Equipped with the historic recipes, a rich archive and his memories, he finally breathes new life into Chazalettes with the help of the winemaking Bava family from Piedmont.

Accordingly a new chapter of Chazalettes history has begun, based on the synergy of generations, the love for an ancient liqueur art that needs to be rediscovered and a common ambition to save an important legacy of Turin.

For five generations the Bava family has created some of Piedmont’s finest wines and are, perhaps more famously, known for creating the Cocchi range of aperitifs and vermouths. The most fitting partner for this historic revival.

A Vermouth di Torino that has an intense perfume of flower and fruit, and beyond the Piedmont Artemisia follows hints of sweet citrus, coriander, angelica and scented cardamom. It’s dedicated to the Queen Margherita of Savoia, who in 1907 granted Chazalettes to bear the Real House emblem.

A red wine based Vermouth di Torino produced according to the authentic recipe of Clemente Chazalettes dating back to 1876 where, besides wormwood, you may get notes of Piedmontese savory, marjoram and musk mallow as well as the most exotic cardamom and coriander. 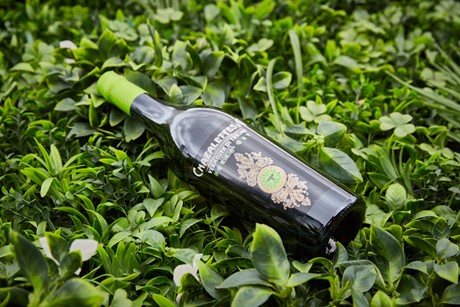